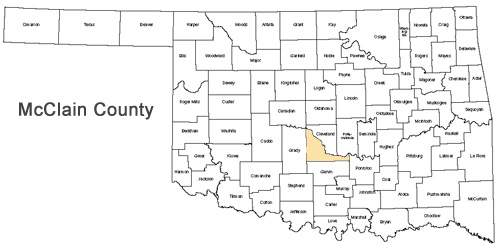 The District Attorney’s office is located in the McClain County Courthouse at the corner of Second and Washington streets. The legal staff of this office consists of approximately 7 staff members including A.D.A.’s, support staff, and investigators. From time to time additional attorneys and/or support staff are reassigned from Cleveland County to McClain County as necessary.